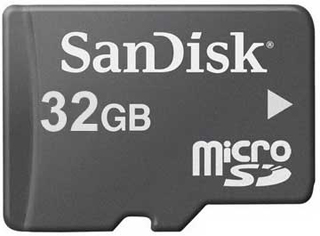 This is very interesting. It turns out that many of the WP7 devices will have expandable storage, but using it will require a hard reset. According to Paul Thurrott some of the WP7 phones have micro-SD card next to the battery, which can be swapped out to provide greater storage. However, you can’t just slide it in and out, because the phone treats the built-in storage and the micro-SD cards as identical, and splits crucial data between them. In order to use it, you have to factory reset and re-sync your phone once you install the new, larger SD card.

What you can’t do is swap it out without hard resetting the device. That’s because the storage on the card and the internal storage is comingled, and the system makes no differentiation. There’s no way to know where something (an app, song, whatever) is stored, and if you do pop out the card, the phone will complain. And it won’t be readable on your PC, so you can’t use it to transfer content in either direction.

Given that micro-SD cards can hold up to 32GB of storage, that’ll bring your WP7 phone to a total of a max of 40GB space. That’s pretty freaking impressive, and makes up for some of the shortages of the 8GB devices, as it appears that many of them will have this internal slot.