It appears the official release of Windows Mobile 6.1 for the AT&T branded Moto Q 9h promised by AT&T earlier this year is around the corner. Some sites have procured the ROM and some users have had success upgrading to the 6.1. From all accounts, it is the official update, but it has not been released through the Motorola’s software update. We’d recommend waiting for the official release and hope to have more information shortly regarding release dates. 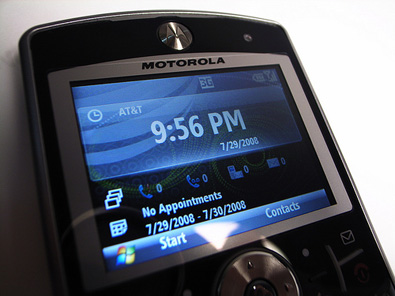 Windows Mobile 6.1 offers a variety of enhancements, most notably for Windows Standard which runs on the Moto Q. Most notably is the enhanced home screen that features sliding panels. This update will also bring threaded SMS and a host ofother new features.

There is an active dicussion regarding Windows Mobile 6.1 and Moto Q9h in our forums.