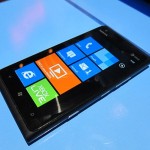 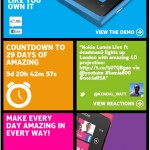 Nokia and Vodacom South Africa are holding the Nokia Lumia 800 launch party for South Africa on Thursday, January 26, 2012. The promotion was advertised via Twitter by Simon Dingle of Vodacom SA. With each Nokia Lumia 800, customers will also receive a free Xbox 360 gaming console (4 GB version), only available while supplies last or to the first 200 customers. The promotion is … END_OF_DOCUMENT_TOKEN_TO_BE_REPLACED