Earlier this year, Microsoft announced that Windows Phone 7.8 would bring many of the features of Windows Phone 8 to older devices. There is a growing frustration among those who have older devices, with little nothing coming out of Redmond about the release. Today they furnished TechCrunch with a vague statement. “We have made no further announcement on this but hope to share … END_OF_DOCUMENT_TOKEN_TO_BE_REPLACED 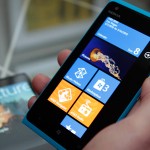 The beautifully different (and irresistibly amazing) Nokia Lumia 900 is now due for an update on the AT&T network in the United States. Feedback over several months from Lumia 900 owners has allowed for this update to become available, offering a series of upgrades and enhancements to the already amazing device. Nokia wants all Lumia Windows Phone owners to know that … END_OF_DOCUMENT_TOKEN_TO_BE_REPLACED 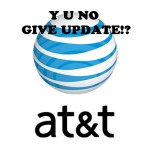 According to a post by jamileh over on the AT&T forums, AT&T hasn't pushed any Windows Phone updates since Mango for a reason. That reason is the fact that apparently AT&T is working on a bigger update which will include the important 8107 update and more. Here post reads the following: Hey all - I know you're eagerly awaiting news about this. AT&T plans for … END_OF_DOCUMENT_TOKEN_TO_BE_REPLACED 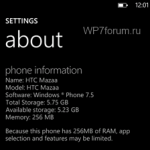 Microsoft today announced that the Dell Venue Pro (on AT&T) will start receiving the Windows 7.5 Mango update. Later than we hoped, but we're thankful it's here. If you have  Dell Venue Pro, enjoy all the joys of Mango. Source: Windows Phone Blog … END_OF_DOCUMENT_TOKEN_TO_BE_REPLACED