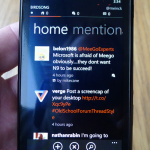 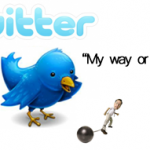 On March 11, Ryan Sarver of Twitter released a statement announcing that Twitter has updated their Terms of Service. Specifically, the changes are directed at development of third party applications (both desktop and mobile) that implement Twitter through APIs and other means. The changes are very much against developers, in a way, as they put Twitter at a position to … END_OF_DOCUMENT_TOKEN_TO_BE_REPLACED 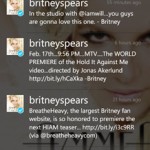 We just heard from Panoramic Software that version 2.1 of moTweets [Marketplace link]  is making it's way to the Marketplace. When it gets there, expect a slew of updates in this new version. More robust timeline Tap’n’Hold for quicker interactions Fixed an issue with White theme post screen Better handling of twitter errors in Tweet details and User details … END_OF_DOCUMENT_TOKEN_TO_BE_REPLACED 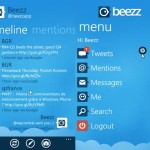 If you are a Twitter fanatic, then like me you've checked out the very excellent Beezz for Windows Phone 7. It's certainly one of the better Twitter clients available for WP7 and a major update might prove to extend the capabilities of this very fine Twitter client. List support Option to open app directly to main timeline Favorites Saved Searches Old-style … END_OF_DOCUMENT_TOKEN_TO_BE_REPLACED 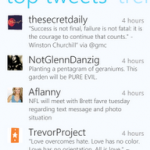 Twitter has announce the release of the official Twitter for Windows Phone app. The design uses the Metro UI and looks stunning. It offers a host of features you'd expect from a Twitter app including timeline, suggested users, messages, lists and more. We haven't used the app yet (truth be told, we're looking forward to test driving Windows Phone 7), the guys at Twitter say … END_OF_DOCUMENT_TOKEN_TO_BE_REPLACED