It appears that Windows 7 Phone has been leaked in the form of an X86 emulator. In other words, it can be run on a PC. It's unclear if the ROM can be dumped and then prepared to flash devices, say like the HTC HD2. One thing is for sure, if anyone can do it, it's the chaps at XDA Developers. Those interested, this thread at XDA is heating up. If things get promising, … END_OF_DOCUMENT_TOKEN_TO_BE_REPLACED 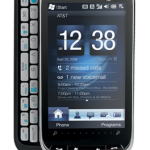 One of the finer points of owning a Windows Mobile device is the amount of tweaking one can do to the device. Those on the cutting edge will either develop or install customized ROM's on their device. The risk of installing a custom ROM can be a bricked device. No one gets excited about turning their primary communicating device into an expensive paper weight. WMExperts lets us … END_OF_DOCUMENT_TOKEN_TO_BE_REPLACED