The Nokia Lumia 710, currently available in the US through T-Mobile, will be heading to Canada in early February. The Lumia 710 will release on Rogers, with contract pricing of $49.99 with a 3-year agreement or $99.99 with a 2-year agreement. The most surprising price is the off-contract price of $254.99. Three years is a long time to commit for what amounts to a $205 subsidy. … END_OF_DOCUMENT_TOKEN_TO_BE_REPLACED

This morning, Nokia announced their Q4 2011 earnings, with a net sales of roughly 13.1 billion. That's a decrease of 21% from the same period in 2010. In the release, the company stated they had sold "well over 1 million Lumia devices". At face value, that appears to be a good number, but how many of those phones are sitting on carrier shelves? Those numbers don't appear to … END_OF_DOCUMENT_TOKEN_TO_BE_REPLACED 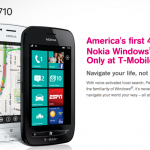 T-Moble and Nokia today announced the launch of the Nokia Lumia 710, which will be available for sale starting on January 11th. The first Nokia Windows Phone announced in the US, the Lumia 710 will be priced at just $49.99. This price requires a 2-year contract and sadly a mail-in rebate of $50. T-Mobile has a sign-up page where you can receive a reminder. … END_OF_DOCUMENT_TOKEN_TO_BE_REPLACED 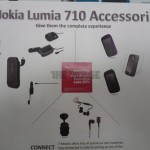 After yesterday's invites went out for a Nokia/T-Mobile event, we speculated that December 14th could bring the launch of the Nokia Lumia 710. That's all but confirmed now as The Verge has been provided with a leaked Nokia Lumia 710 Accessories sheet, that is being provided to employees. T-Mobile is advising employees to "Give them the complete experience" or in other words, … END_OF_DOCUMENT_TOKEN_TO_BE_REPLACED 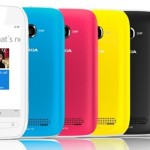 Now that Nokia has announced the Lumia 710 and Lumia 800, the focus shifts to what carriers in the US might be offering up the first Nokia phones to run Windows Phone.  TMONews says that according to their sources, T-Mobile will offer the Nokia 710 in January. The internal codename for the 710 is "Sword" and it's apparently going to be available in black or white. Odd they … END_OF_DOCUMENT_TOKEN_TO_BE_REPLACED