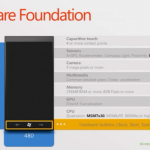 In closing with the MIX11 event this week, we have some more awesome information to post. We felt this is information you should definitely know about that's coming to Windows Phone 7. Although MIX11 was more focused on developers than consumers, you can't say consumers don't understand any of it, and the consumer definitely can imagine the possibilities. Before we continue, … END_OF_DOCUMENT_TOKEN_TO_BE_REPLACED 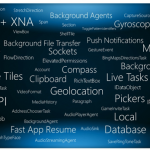 If you missed anything, or everything, from MIX11 today we have a small recap for you. The biggest news was 1500 new APIs becoming available to developers. We could go on and on about what is possible with each API of only the 60 shown in the image below; Instead we will let your heart pound as your imagination runs wild with possibilities. Remember, most features mentioned … END_OF_DOCUMENT_TOKEN_TO_BE_REPLACED 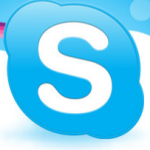 Joe Belfiore announced at MIX 11 a handful of popular applications coming within this year or soon to WP7. Applications shown off include Skype, Kik Messenger, Spotify, Layar, Qantas Airways and more. Kik’s new app is just one of the next-generation Windows Phone apps announced today at MIX11. Other new apps and games include Skype, Australia-based airline Qantas, the game … END_OF_DOCUMENT_TOKEN_TO_BE_REPLACED

While we don't learn anything new in this video, it is good to see them chatting about updates, what is involved in making the updates happen as well as other things revolving around Windows Phone. Channel 9, which is composed of Microsoft's own people, clearly would reveal any information Microsoft had not already told us. If anything is to be taken away from this video, it is … END_OF_DOCUMENT_TOKEN_TO_BE_REPLACED