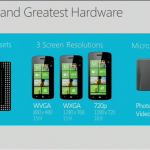 At 3:30 PM PST | 6:30 PM EST, all eyes will be on Microsoft, who have managed to have the tech world focused on an extremely secretive event. Despite rumors that Barnes & Noble would be part of today's event, sources have confirmed they have nothing to do with today's event. The prevailing thought over the weekend was that Microsoft would be manufacturing a new tablet with ties … END_OF_DOCUMENT_TOKEN_TO_BE_REPLACED 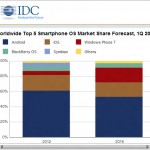 Along with iSuppli Analysts, and other firms predicting the future of Windows Phone, IDC once again states this year that the Windows Phone will outsell the iPhone by 2016. "Underpinning the smartphone market is the constantly shifting OS landscape," said IDC Senior Research Analyst Ramon Llamas. “Android will maintain leadership throughout our forecast, while others will gain … END_OF_DOCUMENT_TOKEN_TO_BE_REPLACED 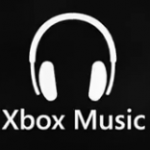 It is time to finally say goodbye to Zune entirely as a brand, music platform, service, you name it. Microsoft officially announced at E3 2012 that Zune will take form as the all-new music service, Xbox Music. This move by Microsoft not only brings a rebrand of Zune to Xbox Music, but the interface will dramatically change to bring a much better experience to the Xbox 360, … END_OF_DOCUMENT_TOKEN_TO_BE_REPLACED