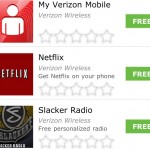 We know Verizon will be shipping WP7 handsets in 2011, and the general assumption it'll be very, very soon rather than later — early January has been knocked about as a date by a number of people. Here's an indicator that we might be seeing big red getting in on the Windows Phone 7 business in the very near future: a handful of Verizon branded apps have landed in the … END_OF_DOCUMENT_TOKEN_TO_BE_REPLACED

It has taken two months for the Windows Phone 7 marketplace to hit the landmark of 4,000 applications, a feat which took Android five months. Al Hilwa, an analyst with research firm IDC said: The Windows Phone 7 Marketplace reaching 4,000 apps two months after launch has to be one of the most rapid ramp-ups in recent times, reaching this milestone faster than Android, which … END_OF_DOCUMENT_TOKEN_TO_BE_REPLACED 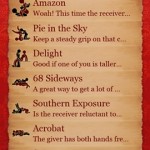 Is this a signal that Microsoft might be a little less puritanical than it lets on? iKamasutra is an app that's an encyclopedia of sexual positions, though they're depicted by rather formless stick figures. Hardly explicit material, but still, not kid friendly. This app appears to have been approved, despite the WP7 Marketplace guidelines saying: 3.6  Adult Related … END_OF_DOCUMENT_TOKEN_TO_BE_REPLACED 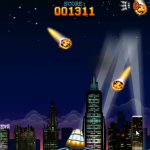 Enjoy old school gaming, but with a twist. Meteor Mania (Zune Store) might be the app for you offering gameplay that reminds us of the classic Missile Command. There is a free trial mode and supports using your own music library while defending earth. If you have questions for the developer, hit him up in our forums. Not a member? Register today! … END_OF_DOCUMENT_TOKEN_TO_BE_REPLACED 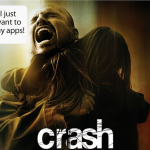 There appears to be a bug affecting a number of Windows Phone 7 users that causes their phone to freeze when either downloading or searching for an app. One of our members describes the issue here and a number of users have the same issue on Microsoft's support forums. The only fix as mentioned by Microsoft support is to restart your device. This seems to be a temporary fix. … END_OF_DOCUMENT_TOKEN_TO_BE_REPLACED