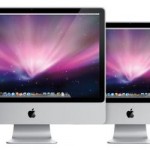 Big news, as in really big news last night from Microsoft. They announced that sometime in late 2010, there will be a beta release of a new tool that will allow syncing between Macs and Windows Phone 7. There's not much to go on here, but we're wondering if it'll be a Mac client of the companies popular Zune desktop software. Then again, maybe they are working with Mark/Space, … END_OF_DOCUMENT_TOKEN_TO_BE_REPLACED