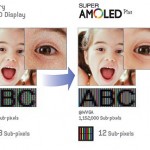 As if you didn't have enough reasons to crave the new Nokia Lumia 900 Windows Phone! As soon as the Nokia Lumia 900 was announced during the Nokia keynote of CES 2012, many questions were raised about the device concerning specifications, technology and more. The minds over at The Nokia Blog had only one determined question they wanted an answer to (and got one). Their … END_OF_DOCUMENT_TOKEN_TO_BE_REPLACED 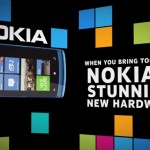 The Nokia booth has been very busy in the past few days of CES 2012. After announcing new devices like the already available (in the United States) Lumia 710 and the coming Lumia 900, the Nokia booth is buzzing with excitement, previews and hands on goodness. The folks over at The Nokia Blog got some video of the Nokia City Lens Beta application and the Nokia Transport … END_OF_DOCUMENT_TOKEN_TO_BE_REPLACED

The Nokia CES 2012 keynote has just closed up and with it came the announcement of the Nokia Lumia 710 and the Nokia Lumia 900. Along with the device announcements Steve Ballmer showed up to talk about the great progress being made with the Microsoft-Nokia partnership, and AT&T CEO and President Ralph de la Vega also showed up for some quick words. Continue reading for all … END_OF_DOCUMENT_TOKEN_TO_BE_REPLACED

Even though Nokia has just released some Windows Phone devices, such as the Lumia 800 and Lumia 710, that doesn't mean the party is over and everyone is relaxing. Nokia, as they've always stated alongside Microsoft, will push out plenty of devices with plenty of differences among each other. The next flagship device coming from Nokia is the Lumia 900, which according to … END_OF_DOCUMENT_TOKEN_TO_BE_REPLACED