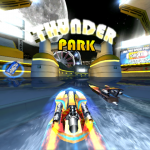 The six weeks of "Must Have Games" program has kicked off with the release of Hydro Thunder GO for Windows Phone. Hydro Thunder GO is now available on the Windows Phone Marketplace for $4.99. The game is published by Microsoft Game Studios and being an Xbox LIVE game it has a trial download available if you want to check it out before buying. It runs at a size of 119.75 MB and … END_OF_DOCUMENT_TOKEN_TO_BE_REPLACED

Microsoft is on point with their initial announcement of six weeks of "Must Have Games" coming to the Windows Phone. Initially, they made the announcement with a set date of May 25, and on that day exactly, the six weeks of six games begins. The official word from the Xbox division working on the launch of the six games has been given, along with pricing and release dates for … END_OF_DOCUMENT_TOKEN_TO_BE_REPLACED