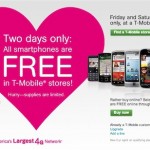 Come Valentine's Day weekend, T-Mobile is having a huge sale with all their smartphones going for a whopping $0 — and that includes the HTC HD7. On February 11th and 12th, all their smartphones will be free on a new contract, so you can pick up the HD7, if you've been oggling it for a while. If it's a good Valentine's Day present or not is something for you to sort out with … END_OF_DOCUMENT_TOKEN_TO_BE_REPLACED 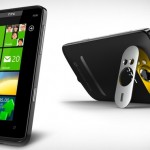 Good news for those of you up north in Canada. According to reports, Bell will start carrying the HTC HD7 as of February 10th. Bell currently carries the LG Quantum, so this will be the second Windows Phone 7 handset they will carry. No word yet on pricing. via MobileSyrup … END_OF_DOCUMENT_TOKEN_TO_BE_REPLACED

Even though the phones have been available unofficially for weeks, the HTC HD7 has now been officially released in India. Unfortunately, the country seems to have been hit with an utter bastard of a price. It goes for 29,990 rupees, which is around $660, and that's with a compulsory contract — that's right, there's no discount from the carrier for signing up for a … END_OF_DOCUMENT_TOKEN_TO_BE_REPLACED 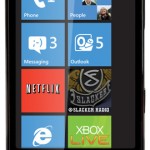 HTC has proffered an official comment against the accusations that gripping the HD7 can lead to a dramatic loss in signal quality. In a chat with Computer Weekly, they pretty much said that it happens to all phones: "Quality in industrial design is of key importance to HTC. To ensure the best possible signal strength, antennas are placed in the area least likely to be … END_OF_DOCUMENT_TOKEN_TO_BE_REPLACED