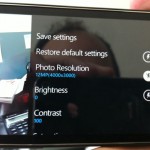 A 13 minute video detailing a yet to be release Windows Phone made it's way to Interwebs this weekend. On display was the HTC Mazaa, complete with it's 12 megapixel camera. This is the same device spotted during the Mango VIP event in NYC. The Mazaa is said to have updated CPU and GPU configuration allowing for improved HTML 5 content using Internet Explorer 9. This … END_OF_DOCUMENT_TOKEN_TO_BE_REPLACED 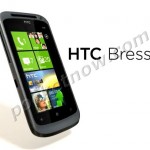 The entire 2011 roadmap was revealed last night from This Is My Next. Plenty of Android phones in the mix, but there was a reference to the HTC Bresson. PocketNow fills in the blanks to let us know that the Bresson (codename) is a modified Desire S, which might include a 16 megapixel shooter. The release date is likely in Q4, likely in time for holiday sales. It's more … END_OF_DOCUMENT_TOKEN_TO_BE_REPLACED