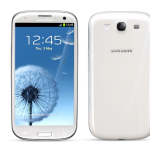 Sure, it was a surprise and all that the Samsung Focus 2 was just announced recently, but with each passing day the attention is being paid to future Windows Phones. Considering the rumor that Samsung is expected to release several Windows Phones this year, rumors are building up now on what will probably be the best of the Samsung devices to release. It may well be the code … END_OF_DOCUMENT_TOKEN_TO_BE_REPLACED