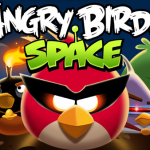 The newly released Angry Birds Space game is in fact coming to Windows Phone, as stated by Rovio CEO Mikael Hed in an interview with Reuters. Earlier media reports did receive information from another Rovio employee that the gaming firm was dumping the Windows Phone platform with Angry Birds Space, but that's not the case at all. The newly spaced out addition to the well known … END_OF_DOCUMENT_TOKEN_TO_BE_REPLACED