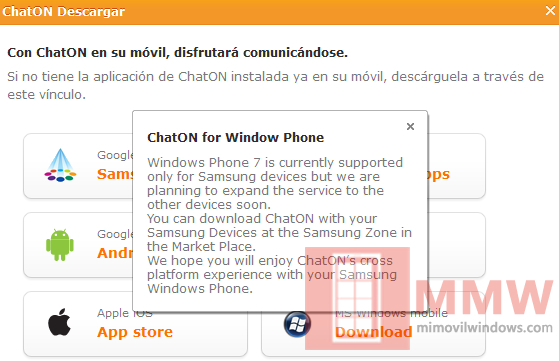 Samsung, good call on removing the exclusivity if you want some attention directed to the application. As soon as ChatON becomes available to all Windows Phones, we will surely post it up.