Now, Xbox LIVE game PES 2012 is now available on the Windows Phone marketplace. This game, on any platform you play it on, is easy to get into, but if you want to be a pro this game is for the hardcore soccer/football fans. It gives you a lot of options and a lot of ability when it comes to setting up your team, arena, etc. As the developer always describes Pro Evolution Soccer games, it truly is an unrivaled soccer experience.

PES 2012 is published by Konami Digital Entertainment, initial release version of 1.0.0.0, and download size of 98 MB. Supported languages are Deutsch, English, Español, Français, and Italiano. We took a look at the reviews already available on the Windows Phone marketplace and many users are experience a start screen freeze issue. We advise you to give the trial version a go first just to make sure it works with your device. Hopefully, if it is a software issue with the game, it will be fixed soon, or a workaround available. We took the trial for a spin on a Samsung Focus and experienced no issues.

Hopefully the Windows Phone marketplace won’t pull this game off the digital shelves with the next PES release. PES 2012 sits at a $4.99 price, you be the judge.

The unrivalled and award-winning football simulation is entering a new season on Windows Phone 7!
Immerse yourself in unprecedented football atmosphere and the true PES experience with PES 2012.
Features:
– Unrivalled realism: Experience incredible gameplay and focus on tactics, goals and winning trophies while competing against the most advanced team and player AI on the market. Striking animations such as referee cut-scenes or goal celebrations and technical moves (diving header, bicycle kick, and more) will make you feel the beauty of the game.
– Exclusive UEFA Club Competitions: PES 2012 includes many of the best European club teams in the officially licensed UEFA Champions League™ and UEFA Europa League™ modes.
– Online connectivity: Prove your skills and unlock the various Xbox LIVE achievements, compare yourself to your friends, make it to the top of the leaderboards and become the world’s greatest PES player.
– Outstanding Accessibility for Beginners and Experts: The uniquely designed true flow™ control system provides instant access for players of all levels by utilising the accelerometer and AI-supported touch controls. More advanced players are presented with unlimited freedom of play by being able to master classic console-style controls with virtual pad and buttons.
– Stunning graphics: Detailed stadiums, pitches and weather effects provide the perfect visual environment for exciting matches 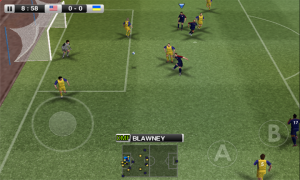 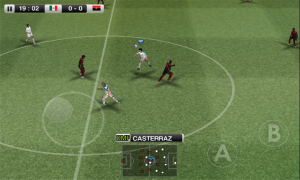 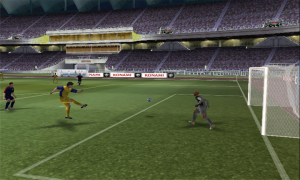 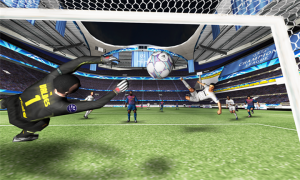 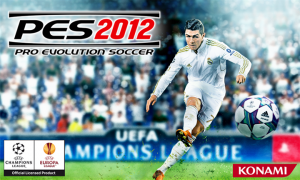