Home > News > Nokia Lumia 610 Launching In The Netherlands Next Week 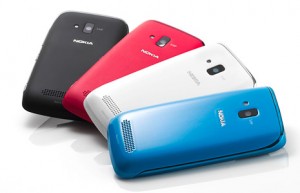 The Lumia 610 is Nokia’s own low-end Windows Phone device, designed and manufactured with a priority for new customers to the smartphone world. It is a “low end” device only because it has a much lower price and less features compared to higher end handsets.

The Lumia 610 offers a 3.7″ display, 800 MHz processor, 256 MB of RAM (which may limit application availability), 8 GB of internal storage, and a 5MP rear camera. Again, it is a ‘low-tier’ Windows Phone, however, it is ideal (and very popular) for new smartphone users who have never used a smartphone before. You can visit the Nokia Lumia 610 Netherlands product page for more information.