One platform boasts of over 300,000 phone activations per day, while the other is still in its infancy. Of course we are talking about Android and Windows Phone 7. The latter only available on AT&T and T-Mobile, while every US carrier has shelves of Android devices. While one would think that Android’s version of Fruit Ninja would be slicing up the profits, it’s actually quite the opposite.

Update: TNWmicrosoft has updated their story and it seems they were the victim of fuzzy math. The original data had counted trial downloads as sales. The figures for Fruit Ninja are “flat out wrong”. We of course used this data as the source for our article. Obviously, two wrongs do not make a right in this case and our apologies for sharing incorrect information. If we are able to get some concrete numbers, we’ll share them.

Fruit Ninja, besides being an excellent game, is one of seven applications that has grossed over $100,000. Not bad for a new platform. What’s very telling is the comparison to Android. Fruit Ninja has grossed over $150,000 on the Windows Phone 7 platform. It has sold more units, at a higher price than Android. The developers brought in less than $20,000 from Android. That’s seven times more revenue generated from a much smaller user base, that will no doubt see growth once Sprint and Verizon release WP7 phones in the coming weeks and months. 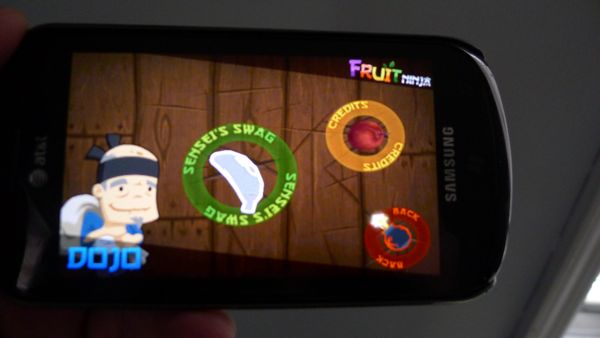 Windows Phone 7 will enter it’s fourth month on the market and we are starting to see some salient traits of a burgeoning platform. The Marketplace will eclipse 10,000 apps this month, developers are making money and Sprint will release the HTC Arrive later this month. Microsoft is also expected to deliver upon their promise to release the first major update during the first two weeks of March. This should all point to more development, more apps and more reasons for consumers to choose a Windows Phone 7 device.