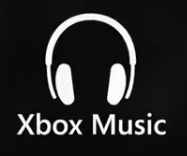 It is time to finally say goodbye to Zune entirely as a brand, music platform, service, you name it. Microsoft officially announced at E3 2012 that Zune will take form as the all-new music service, Xbox Music.

This move by Microsoft not only brings a rebrand of Zune to Xbox Music, but the interface will dramatically change to bring a much better experience to the Xbox 360, PC, Windows 8 tablets, and Windows Phone. Of course, as long as Xbox Music exists as well, all future Microsoft products will always ship with the Xbox Music service on board and ready to use.

Xbox Music brings with it a library of more than 30 million tracks to all your entertainment devices, available anytime and anywhere.