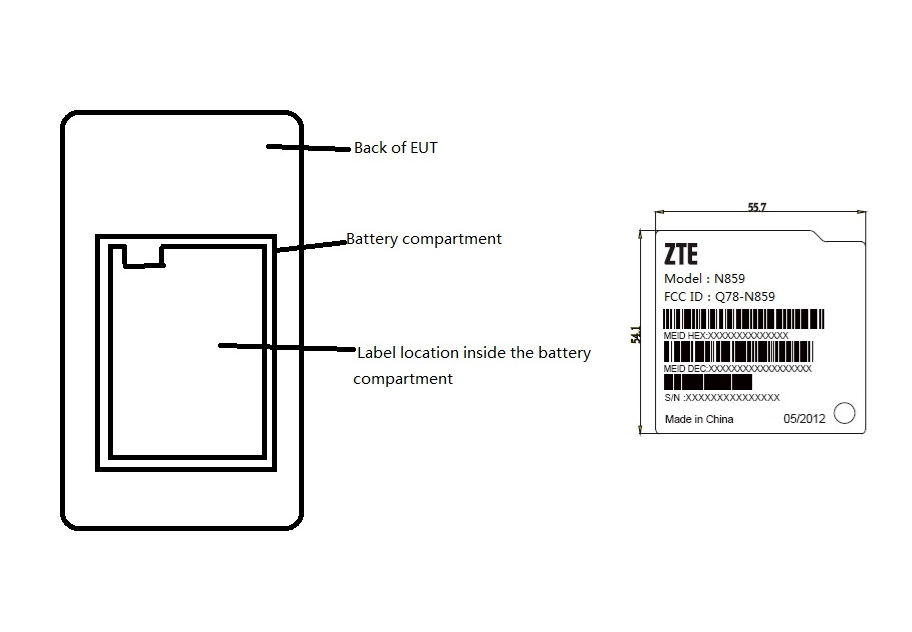 Apart from the fact that the device has Windows Phone 7.5 running on it, it is also a CDMA-only device. CDMA-only also indicates that the device may remain in Asian countries, hopefully not if potential customers are looking for more low-tier Windows Phone devices. The above image at the beginning of this post is the only visual description available so far from the FCC of the ZTE N859.