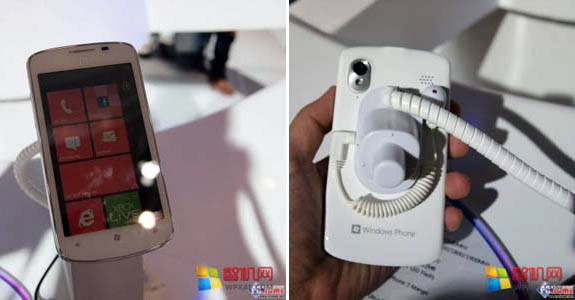 It was last May that saw ZTE come on board as an OEM partner for Windows Phone, and here are some of the first shots of their entry into the world of WP. This is the ZTE Tania, which is being shown off at the China International Communications Exhibition 2011. It’s the first Chinese Mango powered phone, though the specs aren’t anything to write home about.

We’re not sure if this will ever see other shores, but it’s unlikely too as ZTE remains primarily a Chinese only brand. Still, it’s always good to see more handsets.