Three new Xbox LIVE Windows Phone games have been revealed in the midst of E3 2012; Shoot 1UP, Mush, and Ascend: New Gods are all coming soon to Windows Phone. We have some information on each one below, along with some gameplay hands on. No information on release dates yet, but as soon as they come up we will provide them.

Up first, Mush is published by Microsoft Studios and developed by Angry Mango. Mush was originally discovered back in August 2011, during Gamescon.

Discover the emotions in this award-winning exclusive, a quirky puzzle adventure that lets you change how your character feels! Touch, tilt, rotate and shake up Mush to alter his mood. Gain new abilities, evade beasties and solve puzzles as you tumble through unique and beautiful worlds! 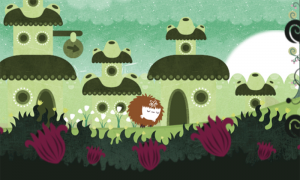 Below we have the promotional video by Angry Mango, followed by a hands on demonstration.

Next is Shoot 1UP, which has been previewed by Microsoft already as an upcoming title. This title will also be published by Microsoft Studios, and developed by Mommy’s Best Games.

Unleash an entire armada of ships in Shoot 1UP! Instead of stowing each 1UP you collect, each new ship becomes playable immediately, resulting in an ever-growing armada of destruction! With your home world ruined, lead your detached battalion’s charge by destroying the mechanical-tentacle hybrid attack forces responsible for your pain. 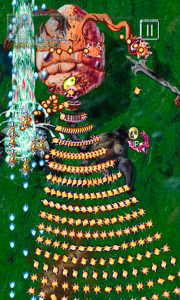 Hands on with Shoot 1UP has revealed that three ringtones are included with purchase when available on Windows Phone.

Finally, Ascend: New Gods will also become available on the Windows Phone as part of Xbox LIVE, in some shape or form. While we doubt the complete Xbox 360 game will have a port over to Windows Phone, early information indicates the Windows Phone version will allow you to still play the game in some form when you are not on your Xbox 360.

Ascend: New Gods: Enter the world as Caos, a gigantic breed of mighty warriors created to serve the will of the Gods. Combat the immortal Titans while fending off attacks from rival players and establishing your influence in the global Ascend conflict. Epic three-scale combat takes place across immense landscapes and limitless dungeons. “Ascend” offers unprecedented connectivity across mobile and console Xbox LIVE platforms. Wage war against Xbox 360 players from your mobile phone, gain power and prestige, and transfer it all to your console – anywhere, anytime. 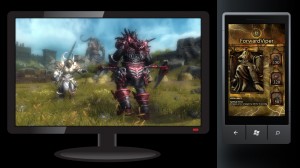 For the moment, we assume the Windows Phone version of Ascend: New Gods will simply be some type of companion application. You will probably be able to level up through some simple game modes, and/or acquire in-game items through your Windows Phone for access later in the full Xbox 360 game.