New updates are coming in the form of Xbox LIVE Extras to Windows Phone Marketplace this week. They include the following: 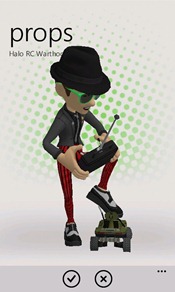 You’ll now be able to accept, or reject friend requests inside of Xbox LIVE Extras. Additionally you’ll be able to manage your friends’ lists as well as requests to others.

The update also includes additional features such as new Avatar animations and configuration options, and displaying your motto on your profile.