There is nothing worse in mobile then a missed opportunity. Ask Palm or HP. Having a great product is only half of the battle. Microsoft is learning that now with Windows Phone Mango. They are racing the field as if they want to win last place. 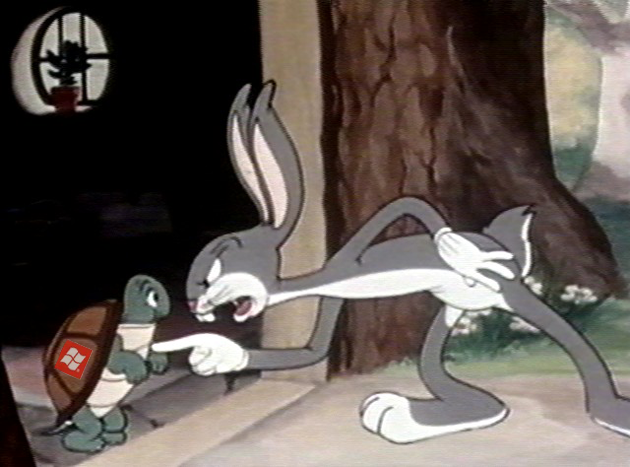 This year was about Windows Phone 7.5. About Mango. About bring feature parity with platforms like iOS and Android. It was supposed to be when Microsoft upped their marketing game and started to compete like they wanted to win the mobile war. Both Google and Apple are in this game to win. Wireless carriers have sold over 4 million of the iPhone 4S in just three days. Google’s Android platform has seen the release of the Droid RAZR and Samsung Galaxy Nexus, all within the span of a few hours.

Where is Windows Phone? Where are the HTC Titan, HTC Radar, Samsung Focus S, Samsung Focus Flash or perhaps even the Nokia 800? AT&T has discontinued the HTC Surround with no replacement. Sprint was using the HTC Arrive as the poster child for phones you should recycle for an iPhone 4S. It took Verizon seven months to release the HTC Trophy. Seven months in cellphone technology might as well be eons.

It goes without saying that Microsoft needs a flagship device. Right now, we’d settle for a new device or two or three or four. The strategy of running out multiple, forgettable phones is not going to win the race, yet all signs point to year two of that very same strategy. Don’t get me wrong, I own a Samsung Focus and love it. I suspect the Samsung Focus S will offer some nice improvements and HTC devices are historically rock solid. Even these companies have phones that sit atop their mobile lineups, but those phones are running Android.

Releasing these phones is akin to taking a knife to a gunfight, when compared to the juggernauts that will include the Droid RAZR, Galaxy Nexus or iPhone 4S. These upcoming devices are primed to get lost in the shuffle. This isn’t about the operating system and that’s the problem right now. People know Android, they know iOS. Wireless carriers are pushing those devices. Windows Phone is still a mystery. All the goodness that has been packed into Mango doesn’t mean a hill of beans or mangoes, if there aren’t Windows Phone 7.5 phones on shelves. If Microsoft is intent on changing their position in the mobile space, it’s about time they start racing to win. For that matter, how about just getting back in the race.