Good news across the board if you live in the UK. A leaked carrier document shows Windows Phone 7 is ready to hit on October 21st. From the specs, it appears to be the Samsung Cetus with it’s 4 inch Super AMOLED capacitive touch screen and 5MP camera. The news gets even better. These phones will release with over 2000 Windows Phone 7 apps available in the marketplace. 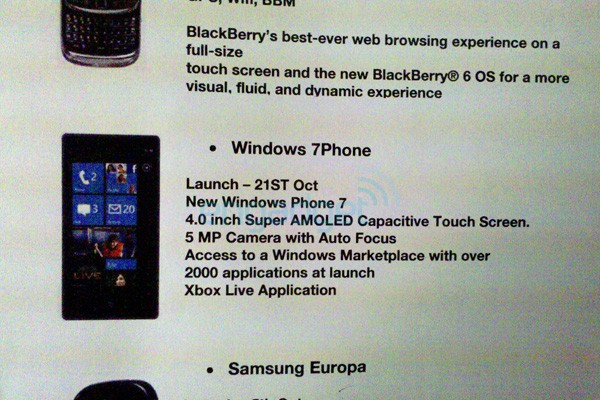 If you are in the UK, you might want to mark your calendar for October 21st.