Home > News > Windows Phone 7 To Go CDMA In First Half Of 2011, Software Update Just Around The Corner 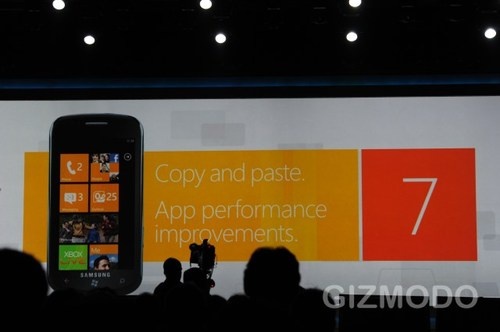 At Microsoft’s big CES announcement yesterday, not too much time was spent on Windows Phone 7, but a few major announcements were made. The first is that an update for WP7 is in the works, and it will bring copy and paste as well as improvements to how fast apps load. This is doubtless the NoDo update we heard about earlier.

The other big piece of news is that Verizon and Sprint will get Windows Phone 7 in the near future. It’ll be after the aforementioned update, but within the first half of 2011. No, that’s not very specific, but at least it’s official confirmation.