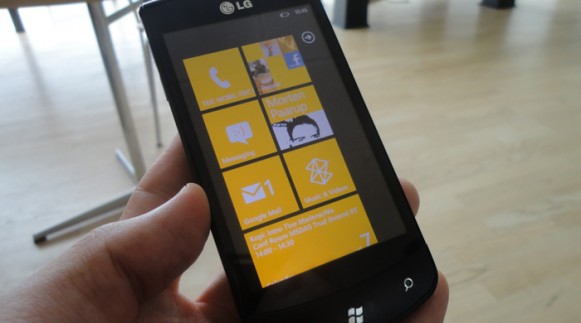 We just heard that Verizon won’t be getting any WP7 handsets this year, but they’re not the only ones. Windows Phone 7 will be strictly GSM for the first months of its existence, according to CNet, which means no Sprint, either — you’ll be limited to either AT&T or T-Mobile. Why?

“We had to make some trade-offs,” senior product manager Greg Sullivan told CNET today. “Even Microsoft doesn’t have unlimited resources. We had to prioritize doing fewer things, really, really well.”

The company made the decision to delay the CDMA version earlier this year but had declined to publicly confirm it until now. While GSM is much more widely used in Europe, the decision means that Windows Phone 7 won’t be available on two of the four major U.S. networks at launch–Sprint and Verizon.

“For the worldwide market, the vast majority of phones are GSM phones, so we focused on GSM first and then plan to deliver an update that will have great CDMA support in the first half of 2011,” Sullivan said. “That’s device availability in the first half and we’re very confident of that. That’s probably a conservative estimate.”

In other words, GSM is far more prevalent worldwide, so Microsoft decided to focus on them for the first line of attack — which makes sense as the OS is launching in Europe before America.

Sorry all you folks on Sprint and Verizon, you’ll just have to wait a little longer.