Windows Phone 7 seems to be showing up on a host of devices, none of which seem to be ready for primetime, at least yet. The latest sighting is Windows Phone 7 spotted on a Samsung prototype. The phone isn’t more than a versioned Omnia i8910, but we did get a glimse of Twin Blades, a game by Press Star Studio. The game was completed in one week by one programmer and uses 90 percent of the Xbox Live code. This bodes well for gaming on Windows Phone 7. 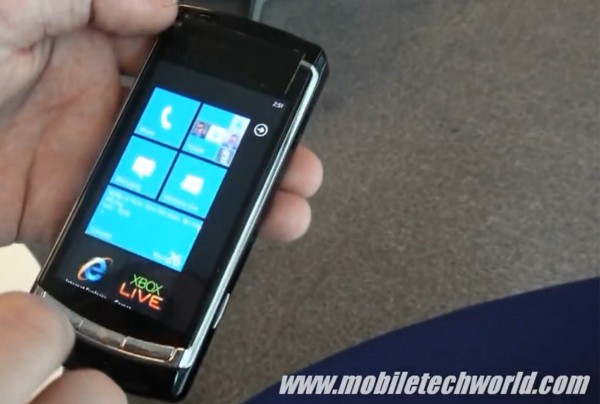 The Samsung phone is souped up to meet Windows Phone 7 standards: Snapdragon processor is on board. If this is exciting, just imagine when we get some actual handsets. Hang in there, it’ll be holiday season before you know it.