The phones are available in Europe and Windows Phone 7 will release here in the US on November 8th. As we expected, the first round of Windows Phone 7 reviews are out and here’s recap of what’s been said. 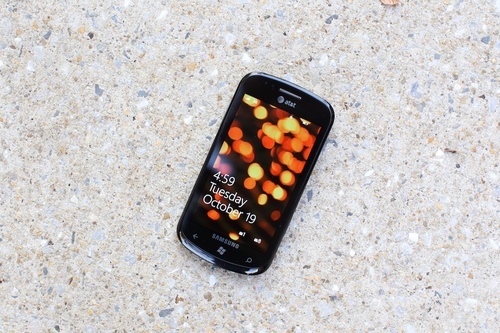 Windows Phone 7 is elegantly executed, incredibly intuitive, and straight-up beautiful at times. What it’s not, relative to the competition, is complete. The things it does, it does well — but the things that it doesn’t (yet), tend to stick out. These things — third party app multitasking, copy and paste, HTML5 — are things that people complained about other mobile operating systems lacking a year and a half ago. If Microsoft can quickly crack away at these gaps whilst managing to not slip behind in other ways, I could quite easily see myself toting a Windows Phone in the future — but for now, at the end of the day, all WP7 really has to offer over the competition is a pretty face.

Let’s just put this up front: the keyboard in Windows Phone 7 is really, really good. We’re talking nearly as good as the iPhone keyboard, and definitely better than the stock Android option. Microsoft has done an outstanding job with lots of aspects of this UI, particularly when it comes to navigation and ease of use — but there are holes here as well. It still feels like the company is a good year behind market leaders right now, and though it’s clear the folks in Redmond are doing everything they can to get this platform up to snuff, it’s also clear that they’re not there yet.

The battle is now shifting to apps. Windows Phone 7 has the basic features to make it in the marketplace. But Apple has a massive head start, and Android has huge market share which could make it appealing. If Windows Phone can draw third-party developers over from Android, it could sap some of that platform’s energy. But it’s clear here that despite the rough edges, Microsoft is a mobile player again.

Meanwhile Gizmodo did a Samsung Focus review calling it “the first Windows Phone that matters”.

If you’re going to get a Windows Phone that isn’t the HD7, this is the one to get, thanks to the display, if nothing else.

The guys at Phonescoop reviewed the HTC Surround calling it “a solid device, but more importantly, Windows Phone 7 is a solid operating system.”

Windows Phone 7 is really great. A lot of that greatness is potential. But if anybody can follow through on their platform it is Microsoft. Should you buy this instead of an iPhone or Android phone though? In six months, after the ecosystem has filled out, the answer will be more clear. But right now, Window Phone is definitely an option. Considering where Microsoft was just a year ago, that’s saying a hell of a lot.

There will be plenty more reviews before devices hit the US, but overall the reviews seem generally positive for a first effort, but Microsoft still has work to do. You might be considered an early adopter if you pick up a Windows Phone 7 device this year, but there don’t appear to be any issues that cannot get resolved with a software update.

So, were you planning on getting one of those new shiny Windows Phone 7 devices? Still on board? Let us know in the comments or in our forums.