There is a report out this morning from Distimo that provides some interesting statistics on Microsoft’s Windows Phone 7 Marketplace. As of November 22nd, there were 2,674 applications for Windows Phone 7. That’s in comparison to just 1,350 for Windows Mobile 6.x devices had in over a year. Here are some other interesting data points: 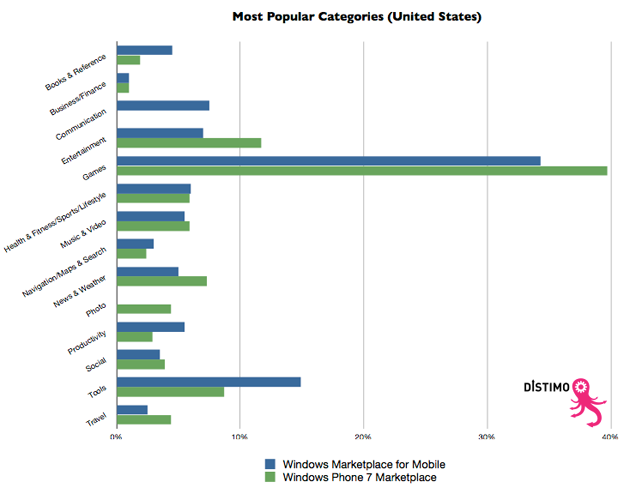 Not bad for a platform that’s been out for less than a month.