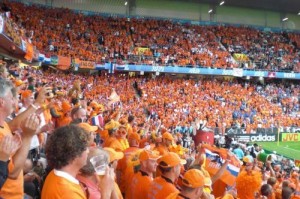 We already know that Windows Phone 7 will be available in English, French, Italian, German and Spanish, at launch, but what about other nations? A Dutch website was less than impressed by the lack of mention of the Netherlands, and wanted to know when they’d be getting the phone.

In a surprising display of openness, Microsoft Netherlands responded, saying:

“Windows 7 Phone is clearly intended to be rolled out globally…we are going in the Netherlands preparing for the release just before Christmas and have Windows 7 Phone, with various machines.”

Given that present rumors lean towards an October launch for the premier, that means that it won’t take long for WP7 to spread much further — though at this stage we don’t know which other nations will be in the December rollout.