It appears Microsoft has updated their Windows Phone 7 Connector for Mac to beta 2. The update reportedly fixes music issues related to playback for AAC files that would not play after syncing. If you purchased MP3’s on your Windows Phone, the new version allows you to sync back to your Mac. Also included is the ability to sync from remote iTunes installs, transfer bookmarks, ratings and release dates. 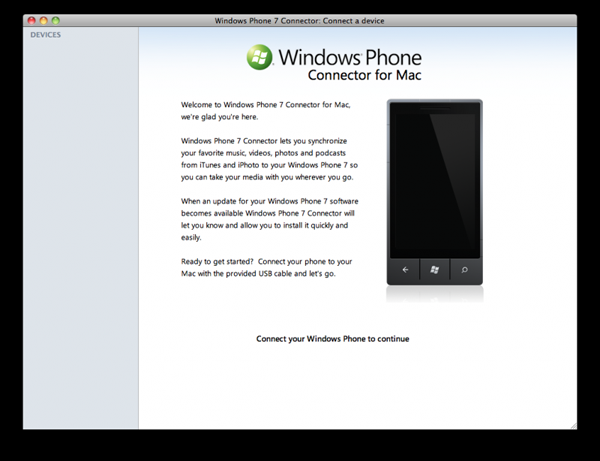 Not to be left out, beta 2 offers improvements for iPhoto 11′. Connector will organize iPhoto libraries by collections first and by album if necessary.

It’s available for free from Microsoft. If you have Auto Update installed on your Mac, it should push the update.