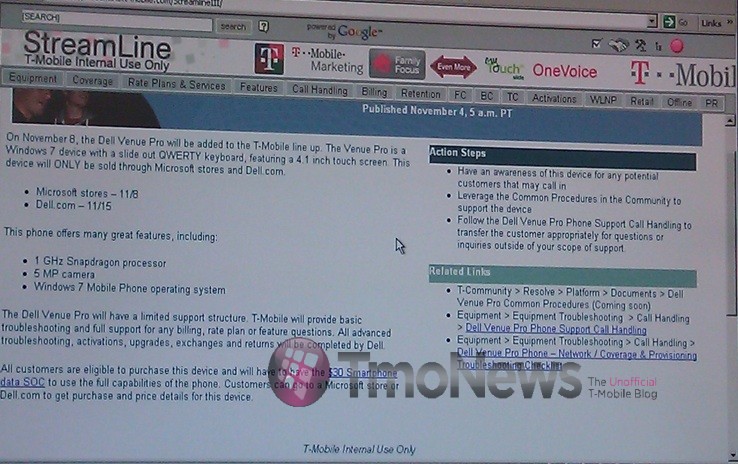 The Dell Venue Pro is one of the sleekest looking of the WP7 handsets, but we don’t have any firm info about when we’re meant to be able to buy it. Over the weekend a rumor arrived that you’d be able to buy it direct from Microsoft today and through Dell on November 15, but as of now it’s not available in either online store.

Visually, the Venue Pro is one of the most arresting of the phones, with its distinct hard edges, and vertically sliding keyboards. If it is really going to come out in the near future, it might be worth waiting till the end of the day to see if it does go up on Microsoft’s website.

It’s also rumored to go for $199 on contract, in keeping with other WP7 handsets.

UPDATE: They’re at some Microsoft stores, but good luck finding one. They seem to be rare as hen’s teeth, as something seems to have gone wrong with shipping dates. Reader Howard Abraham says he managed to get one (lucky devil), and we’re hearing some reports of purchases, but not many.