Not since Stephen Elop outed the Nokia Sea Ray Windows Phone 7 device have we had a glimpse at Nokia’s first effort into WP7. A new video now provides for a close-up of the device. An interesting 7 boot logo is shown, which will likely be filled in by carriers branding. As for carriers, at this early stage there haven’t been any news on carriers. Also revealed in this video are the capacitive touch buttons which of course are standard Windows Phone fare. 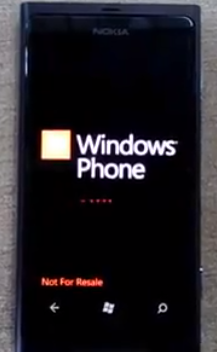 This is looking very promising.

Source: WPXAP via TiMN via wpcentral and ilovewp