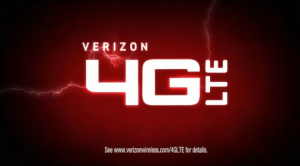 “We’re really looking at the Windows Phone 8.0 platform because that’s a differentiator. We’re working with Microsoft on it,” Shammo said in an interview following Verizon’s earnings conference call.

Shammo continues, mentioning that they are working with Microsoft to most definitely carry Windows Phone 8 before the end of the 2012 holiday season. Verizon Wireless did big things for Google’s Android platform in pushing out related devices, especially from manufacturers including HTC, Samsung, and Motorola Mobility. Verizon uses this evidence to show that they can surely push out Windows Phone very well, in the same manner. Verizon even helped Motorola pick up their mobile market share in the process of selling Google Android phones.

Verizon Wireless sure has the reputation built up to back up the fact that they want to sell, and will sell, the Windows Phone 8 come this holiday season.