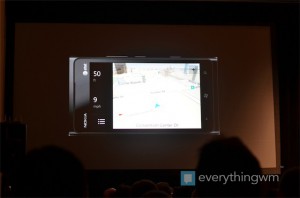 As announced recently at the 2012 Windows Phone Developer Summit, Nokia Maps is due for a 3.0 update soon. For now however, the user manual has already leaked for the 3.0 version of Nokia Maps on Windows Phone.

Not only has Nokia announced that they are focusing on more than just a GPS application to get you from A to B, but Nokia Maps will also be available to all Windows Phones in the future. Some of the great features found within the leaked user manual are the following:

• Find your way with turn-by-turn directions and voice guidance
• Track your location, speed, and the distance driven, even if not navigating
• Preload maps before travelling and use Nokia Drive offline to save data costs
• Save your most-used destinations to your phone
• Get a warning when you exceed the speed limit
• Get real-time info on traffic incidents and conditions on your daily routes using My Commute

As you notice in the last bullet point, My Commute is a new feature in Nokia Maps 3.0. With My Commute, users will enter the address of their most common commutes (work and home) and Nokia Maps will always keep users updated on the fastest routes to your destinations. Fastest routes and travel times are calculated with real-time traffic conditions and other road incidents.

Nokia Maps 3.0 is expected to release sometime this summer 2012, around the same time that Nokia Drive access is granted to all Windows Phones and not just Nokia Lumia’s.