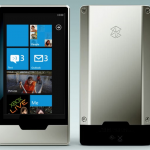 Today comes word that Samsung is prepping an Android based Galaxy Player. This should come as no surprise as the iPod touch has yet to have any competition when it comes to a media player that offers a multitude of apps. Sure the Zune HD has a handful apps and they are quite good, but that's not the platform of the future for Microsoft. Windows Phone 7 is the platform of the … END_OF_DOCUMENT_TOKEN_TO_BE_REPLACED

While it's not a big suprise, it's now official. The Wall Street Journal confirms that Microsoft will use Mobile World Congress in Barcelona as the stage to introduce their new operating system, Windows Mobile 7. Rumors have the new UI (user interface) resembling the Zune HD. The new interface, codenamed Metro, will reportedly feature a revamp of the 'Start' menu. Earlier this … END_OF_DOCUMENT_TOKEN_TO_BE_REPLACED

The next big mobile conference is Mobile World Congress and there is some exciting news related to Windows Mobile 7. There have been plenty of rumors and today we get some very interesting information courtesy of PPCGeeks. Windows Phone 7 will be unveilved at Mobile World Congress on February 15th and you can expect to see the user interface of the new platform, but not … END_OF_DOCUMENT_TOKEN_TO_BE_REPLACED

The Tegra processor has been getting a lot of press lately with the release of the Zune HD and deservedly so. It's a powerful processor and one that appears to be headed to Windows Mobile 7 devices. According to a LinkedIn profile, a Senior Software Engineer at Nvidia, he is responsible for "designing and developing the Multimedia subsystem development for Tegra (APX2500) on … END_OF_DOCUMENT_TOKEN_TO_BE_REPLACED