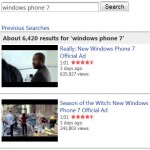 Microsoft filed an antitrust suit against Google in Europe today, and as part of that they leveled a complaint at the search engine giant, blaming the frankly underwhelming WP7 YouTube app on them: Second, in 2010 and again more recently, Google blocked Microsoft’s new Windows Phones from operating properly with YouTube. Google has enabled its own Android phones to access … END_OF_DOCUMENT_TOKEN_TO_BE_REPLACED 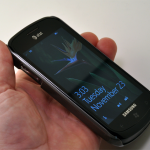 Windows Phone 7 was built from the ground up and the developers did a phenomenal job rebooting Microsoft's mobile OS. There is still plenty of work to be done and 2011 should bring a bevy of updates. Here's the ten things we'd do to improve Windows Phone 7. Speed. Windows Phone 7 is plenty fast within the confines of the OS. In-app speed needs to be faster. Currently, … END_OF_DOCUMENT_TOKEN_TO_BE_REPLACED