Chickens Can't Fly is the Xbox LIVE Deal of the Week on Windows Phone marketplace for $1.00 off the regular price of $2.99, now for $1.99. The Deal of the Week on Chickens Can't Fly is active up until next Tuesday, June 5, 2012. Due to receive an update any moment now integrating the recently revealed Avatar Awards, and tweaking the difficulty of the game in some scenarios, … END_OF_DOCUMENT_TOKEN_TO_BE_REPLACED 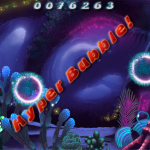 MonstaFish is now available on the Windows Phone marketplace for $0.99. It is great to see more realistically-priced Xbox LIVE games becoming available. In MonstaFish, the player is essentially protecting the ocean from pollution by, through a variety of game modes, either saving the fish that aren't infected or ridding the ocean of those infected. The gameplay mechanics are … END_OF_DOCUMENT_TOKEN_TO_BE_REPLACED