Xbox Live integration should really be a killer feature on WP7. Microsoft should be pushing this platform as the mobile OS for gamers, which will sync back and forth between your XBox Live account like nobody's business, and earn you some mad gamer points. Finally here we see Microsoft at least vaguely attempting that, in a 30 second spot that shows off the Samsung Focus as a … END_OF_DOCUMENT_TOKEN_TO_BE_REPLACED

XBox Live kingpin Major Nelson was set to give a talk recently about XBox Live and Windows Phone 7, but unfortunately, the entire thing collapsed under the weight of the internet, and Microsoft couldn't handle the bandwidth. You can watch the video at WP7 Backstage (free registration required). Mobility Digest have handily summarized the half hour video down to its most … END_OF_DOCUMENT_TOKEN_TO_BE_REPLACED

At the Microsoft’s X’10 event in Toronto, RGBFilter talked to Microsoft about Windows Phone 7 and gaming, and came out with a very interesting tidbit: WP7 devices and XBoxs will be able to play together, live, real time, over Wi-Fi. This feature will be available in the "near future". How awesome is that? You could be playing a game of Uno with a friend half way around the … END_OF_DOCUMENT_TOKEN_TO_BE_REPLACED 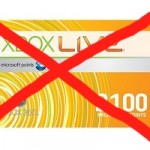 Joystiq had a big talk with Microsoft about XBox Live integration with Windows Phone 7, and beyond the list of games that everyone seems to have obtained, they also got these little juicy tidbits: When purchasing content, you'll have the option to either pay the exact amount in cash or add the price of the content to your monthly bill -- no Microsoft Points … END_OF_DOCUMENT_TOKEN_TO_BE_REPLACED 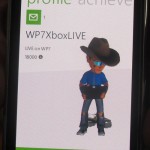 At the GamesCom 2010 conference in Cologne, Germany, Microsoft demoed XBox Live for WP7, and announced more than sixty games, a selection that the company has called "just a taste". There are some big names on board, including a number of high-selling apps that have previously done well on the iPhone. Expect to see Guitar Hero, Flight Control, Asphalt 5, Assassin's Creed, … END_OF_DOCUMENT_TOKEN_TO_BE_REPLACED