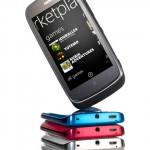 Nokia's CEO, Stephen Elop, recently sneaked in an announcement during a conference call that the Lumia 610 will be coming soon to China. Not only was it announced that the Lumia 610 would soon be available in China, but it will debut specifically through China Unicom. It has been known since March that the Nokia Windows Phone lineup would come to China. In fact, the Lumia … END_OF_DOCUMENT_TOKEN_TO_BE_REPLACED 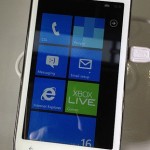 ZTE is third up to offer a Windows Phone in China after the quick race to first between HTC and Nokia. The ZTE Tania is now available through China Unicom, although no price has been given. If you live in China you may have to go out and discover the price in a store where the Tania is available. For the China Unicom version, the ZTE Tania has a processor upgrade from 1 GHz … END_OF_DOCUMENT_TOKEN_TO_BE_REPLACED 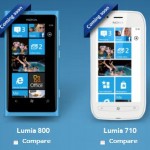 Even though the HTC Triumph has recently become available for pre-order in China, Nokia CEO Stephen Elop revealed that the Windows Phone Nokia lineup will arrive in China soon after HTC. Specifically, the Nokia Windows Phone lineup has been revealed to make its way to China on March 28th, although no specific models becoming available were detailed. Engadget reports that recent … END_OF_DOCUMENT_TOKEN_TO_BE_REPLACED