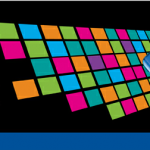 The latest March - April 2012 Telcel catalog is now available on their website. Making front page and inside headlines is the Nokia Lumia 800. The Mexico based carrier is expected to receive the Nokia Lumia 800 soon. According to a tip received by WMPoweruser, the Lumia 800 is expected to launch in Mexico between March 23rd and 26th of 2012. Pricing is absent in the catalog, … END_OF_DOCUMENT_TOKEN_TO_BE_REPLACED