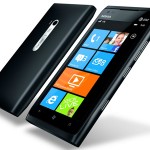 Shortly after the Nokia Lumia 900 release, they became aware of an issue that was causing issues with data connectivity. Obviously not a good thing for a smartphone. Nokia acknowledged the issue, promising a software update and a $100 credit for those who purchased the Lumia prior to April 21st. The software fix, officially promised for an April 16th release, is available now. … END_OF_DOCUMENT_TOKEN_TO_BE_REPLACED 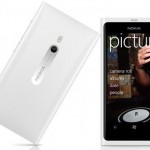 Nokia today announced a new software update for the Lumia 800. The update is the third in four months and brings with it "significant improvements in battery performance and power management". They plan to stagger the release globally with the update push starting today and running for the next four weeks. To check if you're update is available, connect your Lumia 800 … END_OF_DOCUMENT_TOKEN_TO_BE_REPLACED 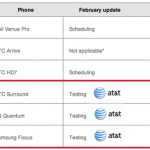 When news broke that NoDo was finally being pushed out, most everyone rushed to their phones or Zune software to see if the update was available on their particular phone. Microsoft's Windows Phone 7 updates are starting to feel awfully similar to Android updates, where software updates are staggered releases. For AT&T customers, likely the bulk of US Windows Phone 7 … END_OF_DOCUMENT_TOKEN_TO_BE_REPLACED 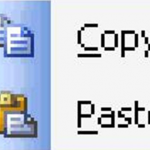 Microsoft today provided some insight into how updates make their way through the testing phase to our phones. Of most importance to our readers, they have announced the 'NoDo' Windows Phone 7 software update has been pushed back to the "latter half of March". Eric Hautala, GM Of Customer Experience, cleared up a number of misconceptions regarding updates along with information … END_OF_DOCUMENT_TOKEN_TO_BE_REPLACED