An upcoming security patch from Microsoft will hit sometime in early May, rumored for May 3rd. The patch will block fake SSL certificates that could open users up to spoofing, phishing and more. There was speculation that Microsoft might deliver the patch OTA, but WinRumors has confirmed from Microsoft that it will indeed require Zune desktop software to install. (Mac users … END_OF_DOCUMENT_TOKEN_TO_BE_REPLACED 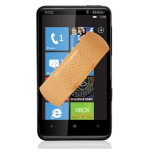 Sure a good number of Windows Phone 7 owners (AT&T) are still waiting for NoDo, but you can also expect a security update on May 3rd. Microsoft indicates the patch will block fake SSL certificates that could spell trouble for unsuspecting owners. The certificates, originally issued by Comodo, have been revoked. Comodo is working with Microsoft and their desktop browser has … END_OF_DOCUMENT_TOKEN_TO_BE_REPLACED