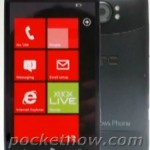 The crew at PocketNow have scored leaked photos of the upcoming HTC Radiant, an LTE Windows Phone coming to AT&T. With style attributes similar to the HTC Titan, the Radiant will offer a number of improvements. It's expected that HTC will include a front-facing camera, support for LTE and the dual-led flash on the back has shifted positions. In a surprising move, the … END_OF_DOCUMENT_TOKEN_TO_BE_REPLACED