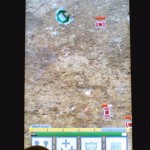 Microsoft today announced winners of their Windows Phone 7 "Rockstar" award. The contest was announced in March and awards the student team that developed the most compelling Windows Phone 7 application for the Imagine Cup 2010. 131 teams submitted applications and the winners were Beastware, who build a game oddly titled "Droid". The winners will receive a free trip to Poland, … END_OF_DOCUMENT_TOKEN_TO_BE_REPLACED