According to a report today from BGR, the AT&T Nokia Lumia 900 is delayed until late April. They report the Nokia Lumia 900 release date has slipped from the previously rumored March 18th date. It should be noted that Nokia has never technically provided a release date, so it can never actually be delayed. That being said, not many expected a late April release of the Lumia … END_OF_DOCUMENT_TOKEN_TO_BE_REPLACED 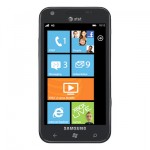 The KIN has been the subject of sharp criticism for it's quasi smartphone positioning. It's not a feature phone, but it's not a smartphone. Right now, it's positioned as a social networking phone. Sensing the criticism, Microsoft and Verizon defended the KIN and in doing so, provided some interesing information on the future of the platform. Once Windows 7 Phone is released, … END_OF_DOCUMENT_TOKEN_TO_BE_REPLACED

After yesterday's news that the HTC HD2 would not be eligible for the Windows Phone 7 upgrade, we suspect enthusiasm for the T-Mobile HTC HD2 will be a little less today. We do bring good news for those content with Windows Mobile 6.5, as pricing has been leaked for the HTC HD2 for T-Mobile. The HTC HD2 will be priced at $199.99 with a 2-year agreement. Those of you not willing … END_OF_DOCUMENT_TOKEN_TO_BE_REPLACED

Sprint has started selling their version of the Moto Q smartphone. The charcoal gray Sprint Moto Q retails for $399, but is available for $199 after rebates.The new Sprint Moto Q is available online through Sprint.com and is expected in retail outlets in mid-February. Sprint Moto Q Specifications Thinnest QWERTY device ever at just 0.45 inches Sprint Mobile … END_OF_DOCUMENT_TOKEN_TO_BE_REPLACED